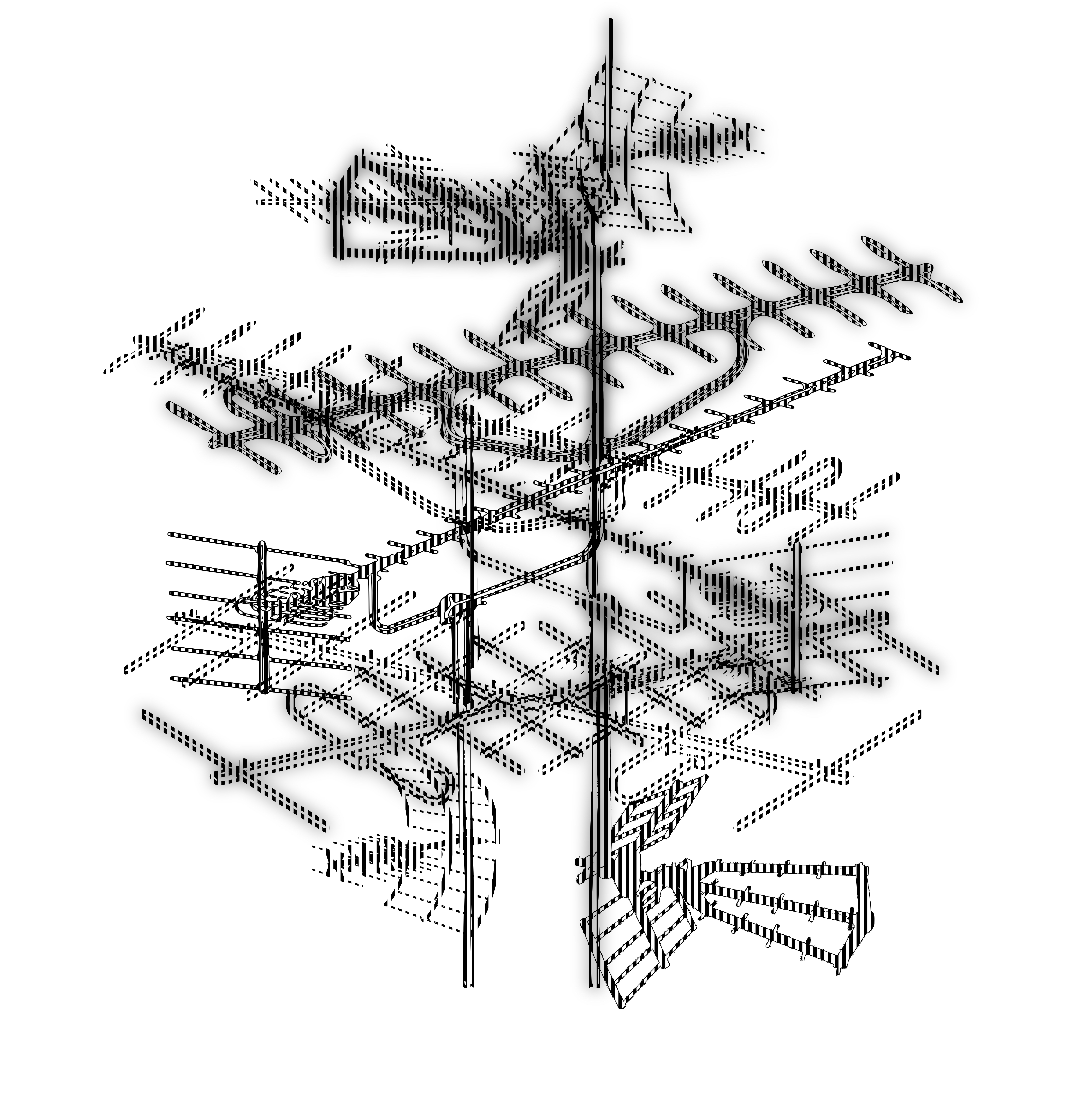 At Muu Gallery and online 22-26th September.
Opening at Muu Gallery in 21th at 17h.
Listen to the programme via Korppiradio>>

“Although many avant-garde artists dreamed about taking over communication channels, they ultimately succeeded by contaminating the discourse networks of their time with small irritations that were based on a creative abuse of media technologies and practices.” *

Parasite Radio is an international effort of producing streaming radio content including soundscapes and sonic experiments. While attempting follow the avant-garde spirit of creatively abusing the limits of the radio medium via online and short-range spectrums, the experiment presents collaborative alterations in the radio mediums to enable telematic appropriations of the Signals between the North and the South.

An overlapping timing (23rd - 26th of September) between the three festivals involved: Transitio MX in Mexico City, City Link in Copenhague and Pixelache in Helsinki, inspired the project organisers to make a live streaming to connect remotely these three nodes that will team up to create an expansive retransmission between the festivals that seek a decentralised and collaborative profile, while each one joining in with their own sound archives and retransmission capabilities. Hence, a sort of Sonic Virology will be spread out through the transmission of medium alterations and generative soundscapes fed through the media platforms that structure Parasite Radio as in their different global nodes.

Parasite Radio will be retransmitted in Helsinki via Korppiradio to broadcast a dynamic playlist of  sonic materials, including archives of sonic experiments by various contributors, Aeolian Artefacts (generative music experiments with wind) and material by actors from Pixelache Networks spread around the globe, such as Bailux.

Juan Duarte works on interactions as a tool for generative art experiments. The exploration of digital and analog platforms as agents to transform that express sonically and visually materials. Meanwhile, a hybrid engagement between environment, users with artefacts and interfaces can work to explore new realities. The exploration of sonic experiences put in public space may bring an opportunity for a ludic and cultural approach on technological exploration. His work has been presented in CTM Festival 2015, Spiral Gallery,, AAVE Festival, Bonniers Konsthall, Rundum Showcase, ICLI 2014 , Ljudmila, Radio and TV Museum of Lahti, Centre for Contemporary Art - Ujazdowski Castle, Mänttä Art Festival. Duarte has been part of Pixelache since 2014.

Jon Irigoyen is a visual artist, independent curator and storyteller born in Bilbao, Spain, and currently based in Helsinki. He was a founding member of the experimental contemporary dance collective Liikë in Barcelona. He has been a board member and organizer of Helsinki’s Pixelache Festival Since 2009. His research interests and projects span the intersecting relationships between artist and spectator; precarious labour, celebration and ritual; as well as concepts of autonomy, resistance and memory. Irigoyen has devised and implemented projects, exhibitions and workshops in Finland, Spain, Ireland, Lithuania, Latvia, Colombia, Russia, Berlin, Poland, Georgia, Peru, USA and elsewhere. His art projects have been presented at the Mäntän Kuvataideviikot Art festival, at 2nd Tbilisi Triennial or MANIFESTA10 (Parallel program) Biennial of Contemporary Art. In 2015 he got finalist at VISIBLE AWARD, the first international production award devoted to art work in the social sphere that aims to produce and sustain socially engaged artistic practices in a global context, with the project Nasreddin on Mobile Discotheque. He is currently a doctoral candidate at the Department of Art in Aalto University under the supervision of Finnish philosopher Juha Varto. The advisors of his research are Tero Nauha and Franco Berardi (Bifo).

Mikko Lipiäinen is an artist-activist who´s work is mainly socially engaged and multi-disciplinary varying from community organizing to problematize gentrification, challenging art world and mainstream media to touch issues related to migrant labour through open source product design processes and reflect the discourses and roles adopted by media-activists through performance and participatory drama. He has been working mainly in Finland, co-designing and facilitating many local and international activities in a Tampere based DIY cultural center Hirvitalo together with its politically and culturally active public. Lately he´s been slowly developing informal learning and citizen science activities in rural Bahia, Brazil through the experimentation of hackerspace form. He is currently studying MA of new media art in Liepaja University.

*Excerpt From: Arndt Niebisch. Media Parasites in the Early Avant-Garde

THE RADIO IS DEAD, LONG LIVE THE RADIO

Day 23.9 at 21:30 at Sauna Building, dj Bunuel enhances bonds and audience inter-relationswith his tunes. Dj Bunuel started playing records in 1977 and has ever since been brave, curios and hungry...

Tomplex is going to play outdoors, in front of Oranssi building, Party time. Tomplex is making electronic braindance music with a slightly odd tint, experimenting with funny rhythms and mellow...