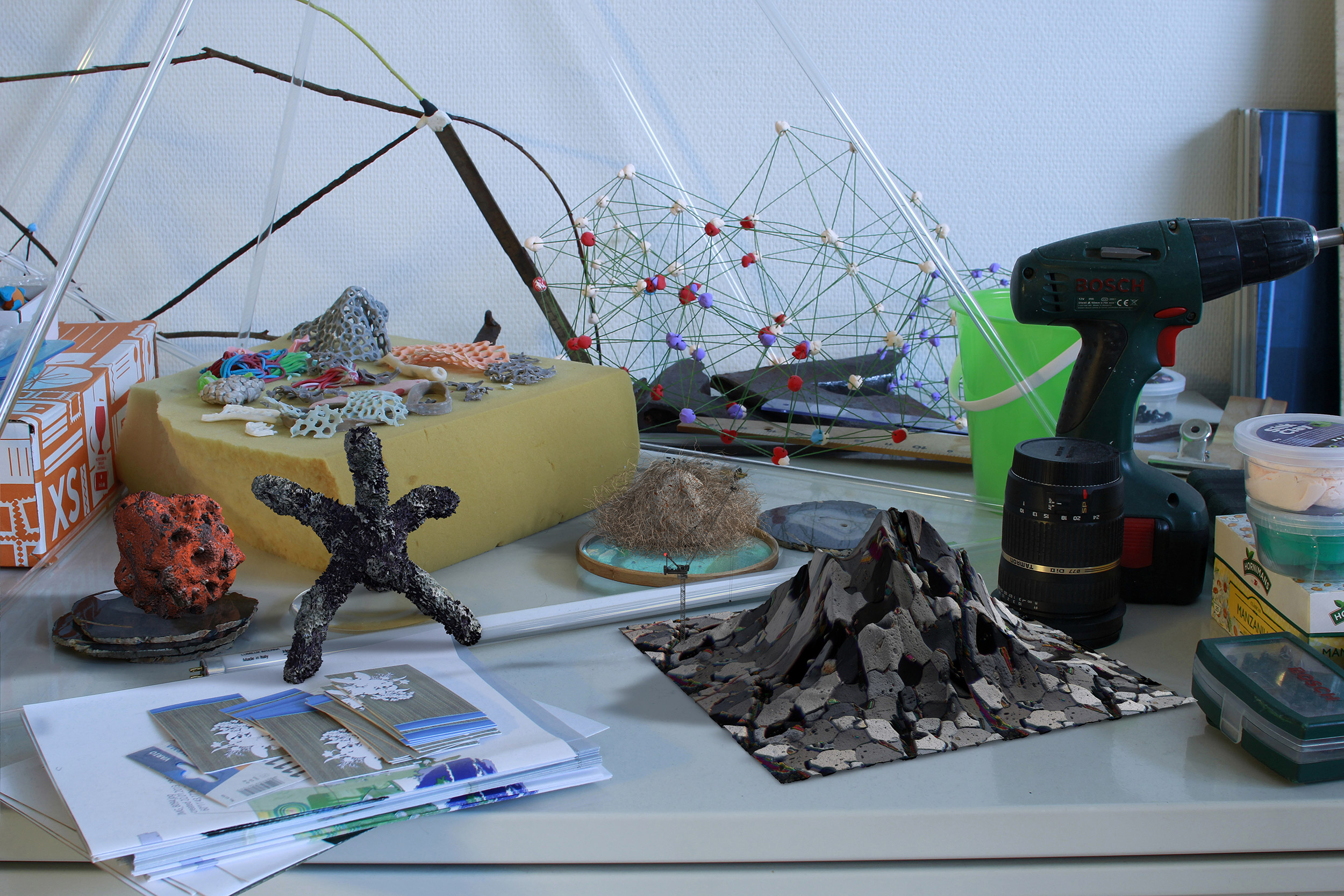 Nabb+Teeri is an artist duo formed in 2008 by Finnish artists Janne Nabb (b. 1984) and Maria Teeri (b. 1985). Their practice is characterized by the preconditions of working in changing locations.

Their polymorphic works are compositions based on somewhat messy interactions and fusions between the artists and other things. Nabb+Teeri work with material surplus of both human and non-human activity. Alongside of borrowed, recycled and remodeled or found materials and objects, their stratified, mesh-like works include elements created with 3D modeling or other digital technologies. These often ephemeral works change their form throughout long processes. Recently they have worked with local materiality such as encounters with invertebrates, or the beachcombed shock tube detonator debris from the westerly bays of Suomenlinna island.

Nabb+Teeri are graduates of the Finnish Academy of Fine Arts in Helsinki (MFA, 2011). They live and work in Helsinki and in Övermark, a village in Ostrobothnia. Recent exhibitions include mesh/mɛʃ/ at EMMA, Espoo Museum of Modern Art, Espoo, FI (2015), and The Leftovers of An Unknown Party at Aboa Vetus &amp; Ars Nova, Turku, FI and Tampere Art Museum, FI (2014) in the occasion of being awarded Young Artists of the Year in 2014.

LIKE LOCALITY, FOCALITY WORKS AGAINST ALIENATION BY BUILDING RELATIONSHIPS AND SKILLS

Interview with Nabb+Teerithe artists duo.At Pixelache festival Nabb+Teeri build installations that function as meeting places inside the Sauna Building next to Oranssi. We are very intrigued by...
Read more >>>

KOELSE 15 YEARS, 50 HZ An exhibition of photographic archive of Koelse and Pixelache activity during their 15 years of collaboration. The images are by photographer and documentarist antti Ahonen....

A wild trip startingat Sauna building close to Oranssi. We would like to invite you for a sensual safari, a wild trip to sharpening your senses, exploring the environment and own reactions,...

The Big Bro is an interactive installation by Krišjānis Rijnieks. The show is going to take place outdoors next to Oranssi building, starting at 21:00. Visitors will have the opportunity to try out...