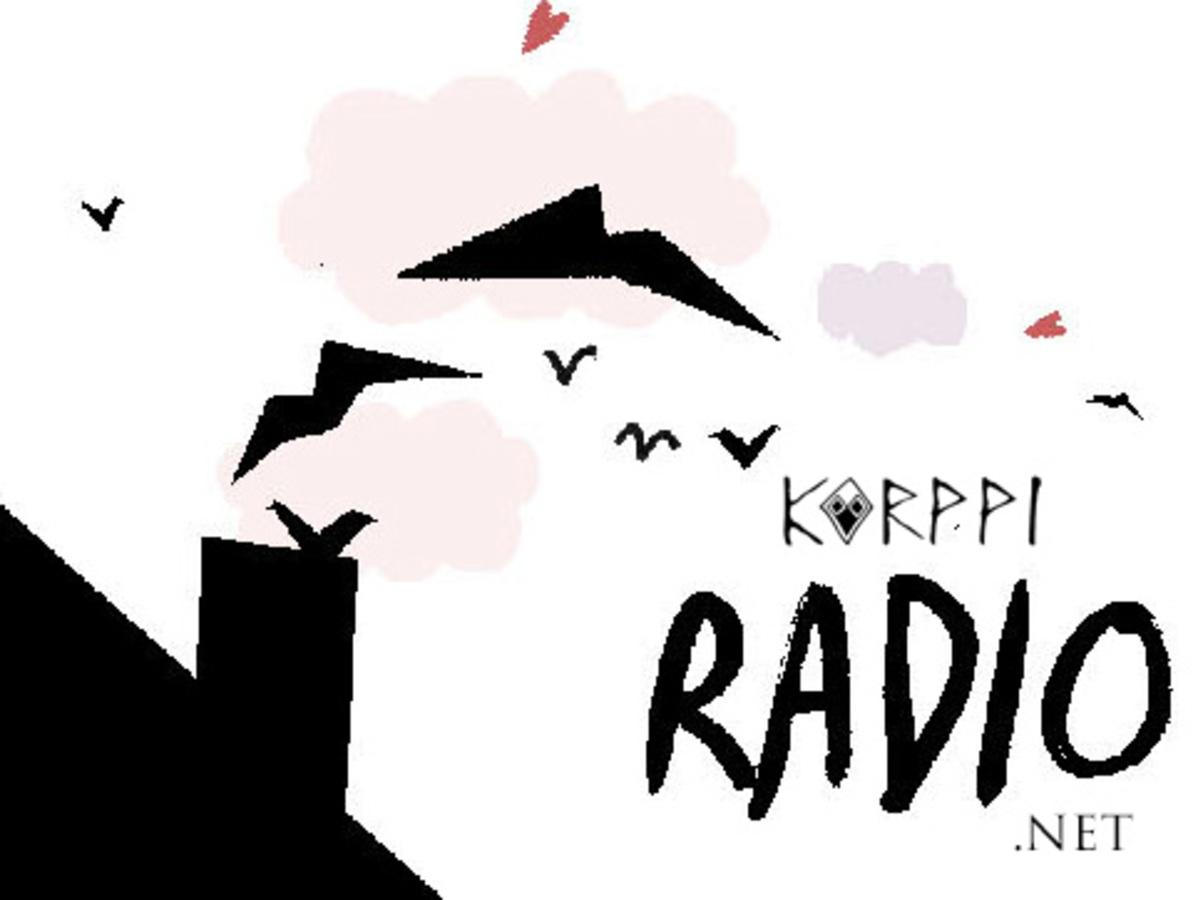 Kprppiradio will stream our Assembly live every day and publish the recorded sessions online:

Korppiradio (Raven Radio) was born in 2013 in Helsinki out of a need to establish an autonomous alternative medium for open and deep communication, non-commercial music without borders and experimental radio art. The founding community that gathered around the project was quite a motivated crew of around 10-15 activists, artists, musicians, producers and others, who together set the general principles for the station: (1) social space: questioning our estranged state of being in modern society; creating an open space for communication and community; excercise self-criticism and fearlessness; (2) money: no one owns Korppiradio and it is not a product; we don't sell adverts or airtime; any running costs we can cover by support gigs or crowdfunding. (3) power: major decisions will be made by the horizontal, open collective of the makers. (4) content: every maker will work autonomously without cencorship or pressure by anyone.

Korppiradio began as a tight collective, then after a few months there was disintegration and cooling down, and community became a lot less active, but managed to produce a lot of good content during the first years. Vadelma Association has been providing the radio server, the platform and the studio space, which is very nice. Since the community went quiet I have been working on my spare time keeping the station running, making odd shows and broadcasts, and also developing radio workshops and putting together a radio activist's manual. It's all open source and doesn't require any special skills, so I'm hoping to find new collaborations by activists that will together make better use of the existing platform and the medium, along with the able participants from the original collective.

Right now I feel that we might be on the verge of stepping into the future of Korppiradio, as we are realizing what it really means and takes to collaborate in the common ground of free and autonomous media - which we do need, instead of centralized media and the fast food jungle of social media. Also this will be the first time we physically hit the aether, because we'll set up a small range FM-transmitter in the Vallila Euranlinna neighbourhood broadcasting on 97,1 MHz until 19th December. 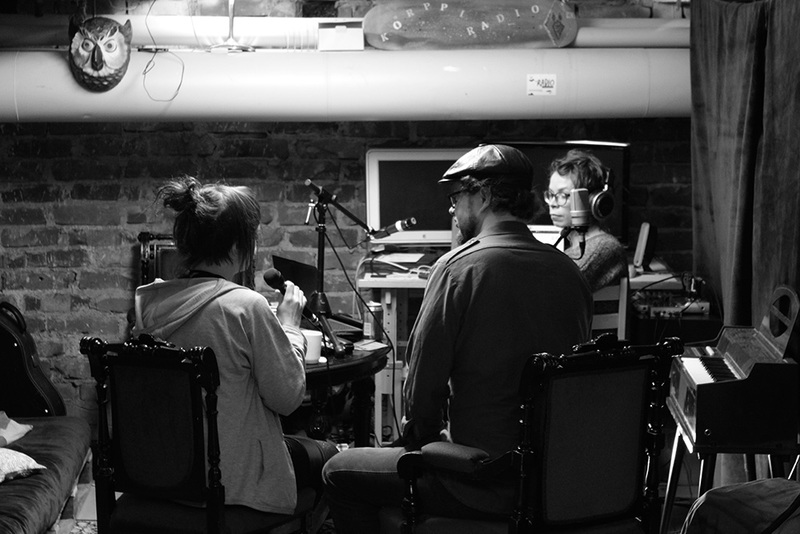 What is the range of subjects covered in your broadcasts? Is there any particular theme or subjects you wish to engage in particular?

Korppiradio topics range from people and power to nature, music and art in all forms. The underlying theme is maybe to try and open up the mechanisms of our behaviour and question our norms, to understand our addictions and compulsions, to learn and unlearn, to evolve. We need to get out from our comfort zones occasionally, to explore and experiment, to exist. We would like to be an interactive medium for non-capitalistic living culture, and for all the marginalized actors and the voiceless voices in our society, like refugees, or old people or children or whoever. Locally and without borders or limits.

What inspired you to collaborate in Parasite Radio? What kind of questions does this joint transmission raise for such experimental projects and even for mainstream media?

We have the existing web radio platform which runs on Airtime open source software, which is very good for collaborative managing and scheduling, and we have some practical know-how of web radio broadcasting to share. Parasite Radio shares Korppiradio's values of experimentation, so right on the collaboration has seemed very organic and fruitful. The idea of connecting the northern and southern hemispheres, and the three simultaneous festivals which have similar agendas, via a community internet radio is just genious. It will be a real live connection between us, a communion. Everybody still needs to learn to appreciate the community radio as a superior medium, and we must develop it further. 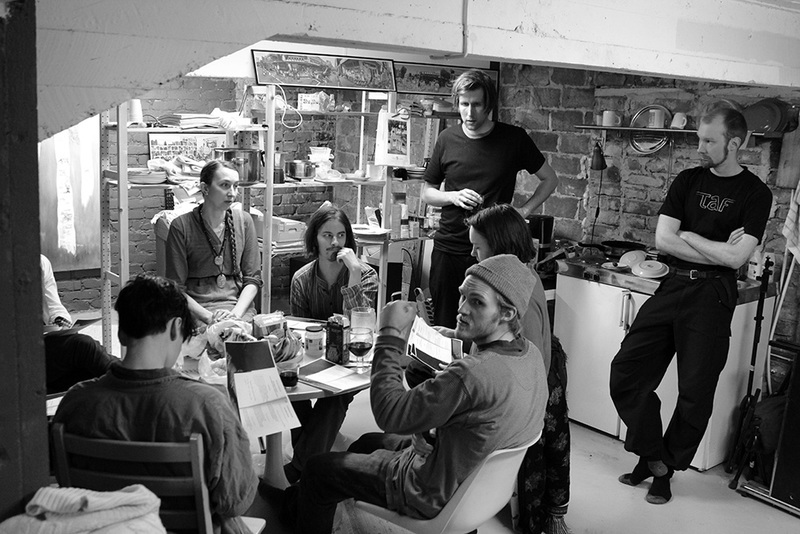 What do you think of the festival theme of Local & Decentralized? What would be the ideal form of a ‘Local and Decentralized’ Radio?

I feel that we need to find a way to liberate ourselves from centralized media and entertainment, and realize that we are not in fact consumers but actors. We need to get a bit uncomfortable and dim the ego, to dive deeper and find that it's better to try and understand that we are all connected, organically. When we communicate, we don't actually need to reach the whole world, we just need someone to listen and respond in some way. So it's not mass media, it's person to person communication. And to form a living community, we need to have a good platform and an inviting space. Radio is so very powerful because it can be very intimate, and it is free from the burden of images that instantly take hold of our thought, and thus gives room for your imagination. I also love analog radio (although I cannot listen to most of it, it's so full of crap and commercials these days), because it is such a simple and magical thing. Anyone within the reach of the radiowaves can tune in with a receiver, also in the poorest neighborhoods of the world.