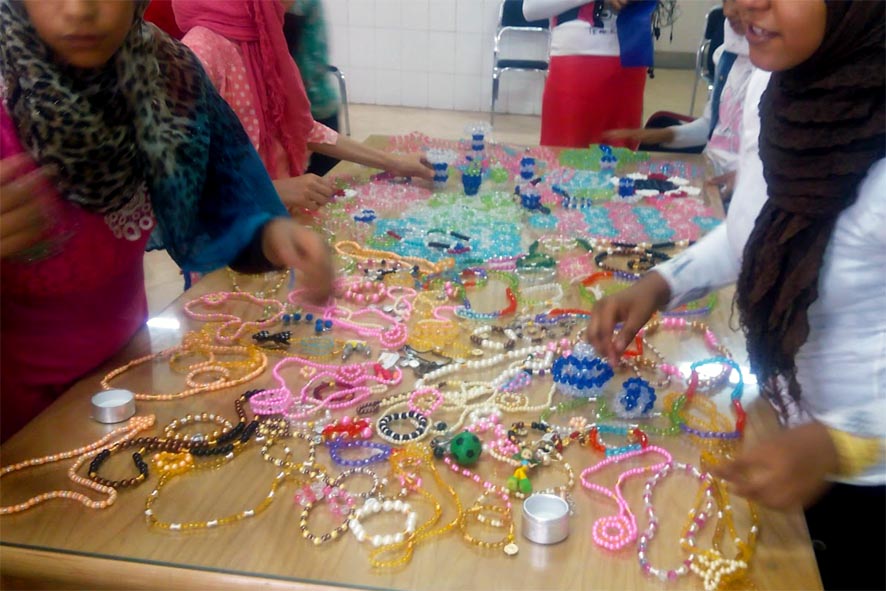 Empathy as Resistance is a discussion group that meets in various contexts to focus on themes that are common within our process-based projects. During Pixelache Festival 2017 we will hold a special edition meeting, in a format of discussions, workshops and a community meal, open to all. We will reflect on the questions raised during the discussions this year, and view them within the context of our practices. We encourage other professionals and the public to join our session, create connections, and to think together how our research can contribute to Pixelache 2018, and look at practical application of our research within local contexts.

It is a project organised and funded by Pixelache.

Members of our group are: Anastasia Artemeva, a visual artist working with research and collaboration on artistic projects in and around prisons all over the world. Waleed Rashwan, a welfare project coordinator with experience on empathy as a social change tool. He is interested in the use of art as a mean of resistance and to create better life opportunities for the most vulnerable people in Upper Egypt by providing them with tailored training. Karolina Kucia, visual artist and researcher working with organisational practice on the potentiality of dysfunctionality, Out-of-Work. It is a performative study  on affirmative resistance by bodies against precarisation and on the connection between precarity and self-organisation. Shelley Etkin & Anniina Ala-Ruona, who are exploring the Garden of Others - a space for being, working, and thinking together, in a squatted garden near Vantaa river in Helsinki.

ABOUT THE ARTISTS AND COORDINATORS

Anniina Ala-Ruona is a Helsinki based artist and art educator working in the interface of performance, visual art and pedagogy with an emphasis on various ecological theories. Currently she operates mostly with embodied, experiential and participatory practices in forms of performative installations, workshops and various types of open events. Ala-Ruona graduated from Master's Programme in Art Education at Aalto University School of Arts, Design and Architecture in January 2016. Her thesis is an artistic research examining how embodied and relational practice can deepen our ecological thinking and understanding of being-with. At the moment she is studying in the Master's program in Ecology and Contemporary Performance, in Helsinki Theatre Academy.

Karolina Kucia (b. 1978 in Poland) graduated as Master of Arts in 2004 from Poznan Art Academy, and studied Performance Art and Theory Studies in the Theater Academy in Helsinki. Between 2004 to 2008 she has been part of Kukkia group (Karolina Kucia and Tero Nauha). From 2007 she is part of the interdisciplinary Mollecular Organization. Between 2011 – 2012 working and co-creating Future Art Base, Art and Economy in Aalto University in Finland and Robin Hood Minor Asset Management Cooperative. As visual Artist Kucia is mostly working with performance, directing group processes, sculpting, video and animation making. Recently her main interests are lapse, automatism and parasite.

Waleed Rashwan has been working with NGOs in Egypt and all over the world for 15 years. He coordinated a project in Upper Egypt to help the inhabitant of Hessa island to recover from the implication of very bad economic condition. At present Rashwan is setting up an international art and volunteer collaboration.

Shelley Mina Etkin is a transdisciplinary artist, moving in-between geographies of Germany, Finland, the United States, and Israel. She works among realms of dance, performance, ecology, queer feminisms, curation, and community organising. Rooted in multiplicities of bodies, places, and politix, Shelley works independently and collaboratively in a range of environments from urban to rural, in private nooks, studios, stages, and public spaces. Shelley has been based in Berlin since 2012 and works closely with Ponderosa as gardener, facilitator, and co-organizer. She is also a member of COVEN Berlin, a genderbender collective hosting live events and an online platform. Shelley performs in Vagittarius Rising, an experimental feminist fake band duo with Agnė Auželytė. Shelley holds a B.A. in Gender Studies, with a focus on embodied arts activism and is currently in the process of M.A. studies in Ecology & Contemporary Performance at the Theatre Academy in Helsinki, Finland.

Anastasia Artemeva is a visual and relational artist, born in Russia, raised in Ireland, and currently based in Helsinki, Finland. Her work is developed through a process-oriented artistic practice, drawn from installation art, art education, and research in human rights. Conceptually, it draws from the codes of social norms and accepted truths, questioning transparency and exclusivity affected by socio–political, cultural and personal restrictions and means of communication. Artemeva has received a First Class Honours Degree in Sculpture and Combined Media from Limerick School of Art and Design in 2012. Artemeva has a Master’s Degree in Visual Culture and Contemporary Art (Environmental Art) from Aalto University in 2016.

MANIFESTO WORKSHOP Day 19.9 at Concert Room, Oranssi building, from 13:00 to 17:00. Maximum 10 participants admitted, registration needed.Free of charge. Julistus (Manifesto) is a workshop where...

FEEL THE SMOOTHNESS: AN OPEN SOURCE TOOLKIT FOR HEALTHY AND REJUVENATED SKIN

At Oranssi Concert Room. A three-hour workshop in which up to 20 people will explore different tools for decision making in practical terms - by working together to plan and create an invigorating...